Posted by: R. Mitchell in In the News June 27, 2019 Comments Off on Contract Award for New Border Wall Project in the Rio Grande Valley 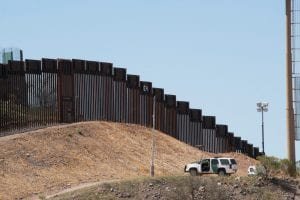 The contract for this project was awarded on June 26, 2019 to Southwest Valley Constructors for the amount of $33,048,700 and construction is anticipated to begin as early as November 2019. This project includes the construction of 18-30 foot tall steel bollards, in addition to road construction, detection technology and lighting installation.

This project is funded by CBP’s Fiscal Year 2019 (FY19) Appropriation. It is not a project undertaken pursuant to the National Emergency Declaration, 10 U.S.C § 284, 10 U.S.C. § 2808, nor does it draw from any other source of funding, including appropriations available to the Department of Defense or Department of Treasury.

This project is not located in any of the communities that require additional consultation with local Starr County elected officials per the FY19 appropriations.

RGV is the busiest Sector in the nation and accounts for more than 40% of the illegal alien apprehensions, more than 43% of the seized marijuana in the southwest border for the fiscal year to date, and is second in seized cocaine.  RGV accounts for a large percentage of the southwest border illegal alien apprehensions and narcotic seizures and the majority of its activity is occurring in areas where RGV has limited infrastructure, access and mobility, and technology.

This project will improve the RGV Sector’s ability to impede and deny illegal border crossings and the drug and human smuggling activities of transnational criminal organizations.