Did Smollett Pay-Off the City of Chicago to Drop His Charges?

Posted by: Andrew Kerr in In the News March 26, 2019 Comments Off on Did Smollett Pay-Off the City of Chicago to Drop His Charges? 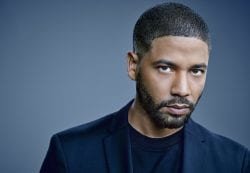 A law enforcement official said Tuesday that Jussie Smollet’s willingness to forfeit his $10,000 bond to Chicago City department was a key factor behind prosecutor’s decision to drop 16 felony charges related to his staging a fake hate-crime against himself.

“There would be no nolle without the forfeiture,” Kiera Ellis, a spokesperson for State’s Attorney Kim Foxx, told reporters meaning that the state’s refusal to pursue charges was based on the $10,000 payment from Smollett.

The funds will be transferred to the City of Chicago Law Department, according to officials.

Smollett, 36, faced charges for allegedly filing a false police report claiming that two individuals wearing “Make America Great Again” hat attacked him on the street with a chemical substance and a noose.

The state’s attorney’s office said in a statement Tuesday it dropped the all charges “[a]fter reviewing all of the facts and circumstances of the case, including Mr. Smollett’s volunteer service in the community and agreement to forfeit his bond to the City of Chicago.”

Judge Steven Watkins suspiciously ordered Smollett’s court file to be sealed immediately after the charges were dropped, according to reports.

Chicago Police Superintendent Eddie Johnson, who spoke emotionally during a press conference after Smollett was arrested, was reportedly “furious” with the decision to drop the charges.

Ed Wodnicki, the police commander who oversaw the investigation into the actor said the abrupt decision to drop all charges against Smollett was “a kick in the gut.”

“We wasted time and effort on a reported serious, serious crime, to get to the point that it’s a lie? I want reimbursement. I’m a citizen in the city of Chicago. I want my money back,” Wodnicki said, noting that the $10,000 bond that Smollett forfeited “doesn’t come close” to the cost incurred to investigate the case.

READ  One Nation Under Debt

Smollett faces no additional charges in Cook County for the alleged hoax, but Postal Inspectors and the FBI are continuing to investigate charges of mail fraud over the actor’s alleged mailing of a hate letter to himself prior to the staged attack.

Did Smollett Pay-Off the City of Chicago to Drop His Charges? is original content from Conservative Daily News – Where Americans go for news, current events and commentary they can trust – Conservative News Website for U.S. News, Political Cartoons and more.

Wake up Right! Subscribe to our Morning Briefing and get the news delivered to your inbox before breakfast!
2019-03-26
Andrew Kerr
Previous: Watch Trump: This should never happen to a president again
Next: Shanahan: No military housing, barracks or dormitory projects affected by border wall funding