Posted by: R. Mitchell in In the News August 18, 2019 Comments Off on FBI: Marijuana Legalization Leading to Increase in Public Corruption 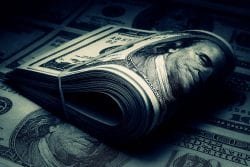 The FBI says that public corruption is on the increase in states that have legalized marijuana.

“As an increasing number of states change their marijuana legislation, the FBI is seeing a public corruption threat emerge in the expanding cannabis industry,” Department of Justice Public Affairs Specialist Mollie Halpern said during the most recent episode of FBI This Week. “States require licenses to grow and sell the drug—opening the possibility for public officials to become susceptible to bribes in exchange for those licenses.”

“The corruption is more prevalent in western states where the licensing is decentralized—meaning the level of corruption can span from the highest to the lowest level of public officials,” Halpern added.

Marijuana is still illegal under Federal law leaving some uncertainty in the market and making it difficult to get an accurate read on the size of the marijuana industry, but expert assessments estimate the U.S. marijuana industry will take in more than $20 billion per year by 2021. The size of the industry, a heavy reliance on cash transactions and the opportunity for massive profits encourages those with deep pockets to enter the sector and push licensing fees into the stratosphere.

“We’ve seen in some states the price go as high as $500,000 for a license to sell marijuana,” Supervisory Special Agent Regino Chavez said on the podcast. “So, we see people willing to pay large amounts of money to get into the industry.”