GE to Pay $1.5 Billion for Alleged Misrepresentations of Subprime Loans in Mortgage-Backed Securities

Posted by: R. Mitchell in In the News April 13, 2019 Comments Off on GE to Pay $1.5 Billion for Alleged Misrepresentations of Subprime Loans in Mortgage-Backed Securities 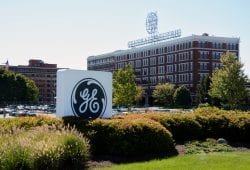 The Department of Justice today announced that General Electric (GE) will pay a civil penalty of $1.5 billion under the Financial Institutions Reform, Recovery, and Enforcement Act of 1989 (FIRREA) to resolve claims involving subprime residential mortgage loans originated by WMC Mortgage (WMC), a GE subsidiary. WMC, GE, and their affiliates allegedly misrepresented the quality of WMC’s loans and the extent of WMC’s internal quality and fraud controls in connection with the marketing and sale of residential mortgage-backed securities (RMBS). FIRREA authorizes the federal government to seek civil penalties for violations of various predicate criminal offenses, including wire and mail fraud where the violation affects a federally insured financial institution.

“The financial system counts on originators, which are in the best position to know the true condition of their mortgage loans, to make accurate and complete representations about their products. The failure to disclose material deficiencies in those loans contributed to the financial crisis,” said Assistant Attorney General Jody Hunt. “As today’s resolution demonstrates, the Department of Justice will continue to employ FIRREA as a powerful tool for protecting our financial markets against fraud.”

General Electric Capital Corporation (GECC), then the financial services unit of GE, acquired WMC, a subprime residential mortgage loan originator, in 2004. WMC originated more than $65 billion dollars in mortgage loans between 2005 and 2007. WMC sold the vast majority of its loans to investment banks, which, in turn, issued and sold RMBS backed by WMC loans to investors. The United States alleged that a majority of the mortgage loans WMC originated and sold for inclusion in RMBS in 2005-2007 did not comply with WMC’s representations about the loans, and that certain of WMC’s representations were reviewed by, approved by, or made with the knowledge of personnel from GE or GECC. Investors, including federally insured financial institutions, suffered billions of dollars in losses as a result of WMC’s fraudulent origination and sale of loans for inclusion in RMBS.

In particular, the United States alleged that in 2005-2007, WMC attempted to increase its profits and meet profit goals by increasing originations. WMC loan analysts responsible for underwriting mortgage loans were encouraged to approve loans in order to meet volume targets, even where the loan applications did not meet the criteria outlined in WMC’s published underwriting guidelines, and received additional compensation based on the number of mortgages they approved. At the same time, there were significant deficiencies with respect to WMC’s quality control, which was viewed by some as an impediment to volume. In 2005, a WMC quality control manager described his department as a “toothless tiger” with inadequate resources and no authority to prevent the approval or sale of loans his department had determined were fraudulent or otherwise defective. By late third quarter 2006, managers responsible for quality control and risk management at WMC and GECC had expressed concerns that WMC’s quality and fraud controls were so lax that WMC received more mortgage applications containing fraud or other defects than its competitors. As a member of GE’s Corporate Audit Staff (CAS) involved in audits of WMC observed in April 2007, WMC “jacked up volume without controls.”

The United States alleged that the investment banks that purchased WMC’s loans declined to buy certain mortgage loans that WMC attempted to sell due to defects in the loan file or suspected fraud. When it declined, or “kicked out” a loan, the potential purchaser typically notified WMC of its reasons for rejecting the file, including the defects identified. WMC’s general practice was to re-offer certain kicked loans to a second potential purchaser for inclusion in RMBS without disclosing that the mortgage had previously been rejected or the reasons why the first potential purchaser concluded the mortgage had defects.

The United States alleged that by late 2005 and early 2006, investment banks were kicking out more of WMC’s loans than ever, and investors in RMBS backed by WMC loans raised concerns about the quality of loans originated by WMC because WMC borrowers were failing to repay their loans at unexpectedly high rates. WMC also began receiving increased numbers of requests from investment banks to buy back, or repurchase, loans. In March 2006, WMC reviewed a representative sample of the 1,276 loans it had repurchased in 2005, and concluded that 78 percent of the loan files reviewed contained at least one piece of false information. The results of this review were shared with WMC’s senior executive team and discussed on multiple occasions with personnel from GECC.

The United States alleged that in fall 2006, GECC took control over the strategic direction of WMC. Even in the face of increasing repurchase demands, kick-outs, and concerns about WMC’s underwriting quality, WMC continued selling its loans and making false representations about their qualities and attributes. GECC became closely involved in WMC’s whole loan sales and provided WMC with input and direction on how to sell off WMC’s remaining loans. Beginning in 2007, GECC also assumed control over WMC’s ability to grant repurchase requests.

GE to Pay $1.5 Billion for Alleged Misrepresentations of Subprime Loans in Mortgage-Backed Securities is original content from Conservative Daily News – Where Americans go for news, current events and commentary they can trust – Conservative News Website for U.S. News, Political Cartoons and more.