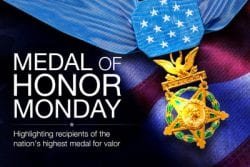 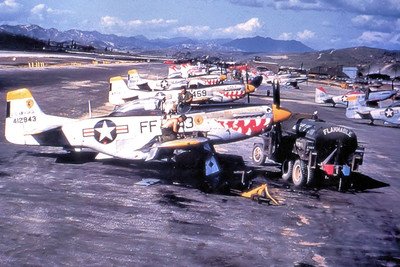 The Air Force was in its infancy when the Korean War began, but many of its airmen were experienced war veterans, having fought in World War II in the Army Air Corps. One of those men was Maj. Louis Sebille, a pilot who became the first Air Force recipient of the Medal of Honor.

Sebille was born on Nov. 21, 1915, in Harbor Beach, Michigan. He went to Wayne State University in Detroit before moving to Chicago in the late 1930s. That’s where he was when the Pearl Harbor attacks happened, so he joined the Army Air Corps two weeks later, managing to get an age waiver because he was just over the cutoff age of 26 for pilots. By July 1942, he’d received his wings and commission. Six months after that, Sebille was sent to the European theater of World War II, where he flew 68 combat missions as a B-26 pilot. By the end of the war, he’d reached the rank of major.

After the war, Sebille briefly left active duty to pursue a career as a commercial pilot, but he was brought back into the military fold by July 1946. Two years later — after the Air Force was officially established — Sebille was the commanding officer of the 67th Fighter-Bomber Squadron, 18th Fighter-Bomber Group, 5th Air Force.

When the Korean War began, Sebille led his squadron to Japan, where they flew sorties in defense of South Korea. Less than a month and a half later, on Aug. 5, 1950, he flew his last mission, the one that would earn him the nation’s highest award for valor.

That day, Sebille led a formation of F-51 Mustangs armed with guns, rockets and 500-pound bombs into enemy territory. They were ordered to attack a camouflaged area filled with enemy troops, artillery and armored vehicles that were threatening the security of friendly ground troops. Sebille took a pass at the targets and tried to drop both bombs, but only one released. He went on to strafe the enemy and shoot off some rockets, and at some point, his plane was seriously damaged by anti-aircraft fire.

One of his wingmen, Capt. Martin Johnson, noticed the damage and warned him against making another pass at the targets. But Sebille had another bomb to get rid of, and he wasn’t ready to be done yet. He dismissed Johnson’s advice, instead uttering his last recorded words: “I’ll never be able to make it back. I’m going back to get that bastard.”

Sebille flew his jet — still armed with a 500-pound bomb — directly into several enemy gun batteries. His plane and the targets erupted into a huge ball of fire.

He knew he couldn’t stay airborne for very long, but instead of saving himself, Sebille decided to inflict the maximum amount of enemy damage that he could. That daring and selfless devotion to duty inspired his fellow service members, and it earned him the Medal of Honor. In late August 1951, Sebille’s widow and 19-month-old son were presented with the medal at a ceremony at March Air Force Base in Riverside, California. Sebille was awarded the Army version of the medal; the Air Force, which was only four years old at the time, didn’t unveil its own until 1965.

Sebille is one of only four Air Force members to have earned the Medal of Honor during the Korean War. The honor capped off a decorated career for the airman, who had earned two Distinguished Flying Crosses and 12 Air Medals during World War II.

Sebille was buried in Forest Home Cemetery in Forest Park, Illinois, near Chicago, with full military honors. A plot of land in Chesterfield, Michigan, not too far from where he grew up, was eventually named Sebille Manor in his honor. The site formerly housed service members and their families, but it’s currently being turned into a veterans home.