Posted by: R. Mitchell in In the News November 23, 2019 Comments Off on Movie Companies May Soon Own Theaters Again 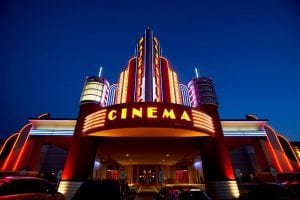 As part of the Department of Justice’s review of nearly 1,300 legacy antitrust judgments, the Antitrust Division today announced that it has filed in the District Court for the Southern District of New York a motion to terminate the Paramount Consent Decrees, which for over 70 years have regulated how certain movie studios distribute films to movie theatres.

After a thorough review, including a 60-day public comment period, the Antitrust Division has determined that the Paramount decrees have served their original remedial purposes and no longer serve to promote or protect competition and innovation.

“The Paramount decrees long ago ended the horizontal conspiracy among movie companies in the 1930s and ‘40s and undid the effects of that conspiracy on the marketplace,” said Assistant Attorney General Makan Delrahim of the Justice Department’s Antitrust Division.  “The Division has concluded that these decrees have served their purpose, and their continued existence may actually harm American consumers by standing in the way of innovative business models for the exhibition of America’s great creative films.”

In 1938, the Division filed an antitrust lawsuit against several major motion picture companies alleging that those companies had engaged in an industry-wide conspiracy to control the motion picture distribution and exhibition markets. After several years of litigation, including a Supreme Court decision in United States v. Paramount, 334 U.S. 131 (1948), the Division and the defendants entered into a series of consent decrees, collectively called the Paramount decrees.  These decrees required the movie studios to separate their distribution operations from their exhibition businesses.  They also banned various motion picture distribution practices, including block booking (bundling multiple films into one theatre license), circuit dealing (entering into one license that covered all theatres in a theatre circuit), resale price maintenance (setting minimum prices on movie tickets), and granting overbroad clearances (exclusive film licenses for specific geographic areas).

The Paramount decrees, like other legacy antitrust judgments, have no sunset provisions or termination dates.  They continue to govern how the film industry conducts its business, despite significant changes to the industry, including technological innovations, new movie platforms, new competitors and business models, and shifting consumer demand.  Unlike 70 years ago, the first-run movie palaces of the 1930s and ‘40s that had one screen and showed one movie at a time have been replaced by multiplex theatres that have multiple screens showing movies from many different distributors at the same time.  New technology has created many different movie platforms that did not exist when the decrees were entered into, including cable and broadcast television, DVDs, and the Internet through movie streaming and download services.

The Justice Department’s motion to terminate the Paramount decrees would allow a two-year transition period for block-booking and circuit dealing to allow the theatre and motion picture industry to have an orderly transition to the new licensing changes.

Movie Companies May Soon Own Theaters Again is original content from Conservative Daily News – Where Americans go for news, current events and commentary they can trust – Conservative News Website for U.S. News, Political Cartoons and more.

Wake up Right! Subscribe to our Morning Briefing and get the news delivered to your inbox before breakfast!
2019-11-23
+R. Mitchell
Previous: President Donald Trump’s Schedule for Saturday, November 23, 2019
Next: Former CIA Officer Sentenced for Conspiracy to Commit Espionage