Posted by: R. Mitchell in In the News March 22, 2019 Comments Off on Treasury Sanctions Venezuela’s National Development Bank, and Subsidiaries, in Response to Illegal Arrest of Guaido Aide 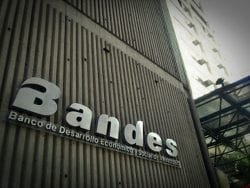 Washington – Today, the Department of the Treasury’s Office of Foreign Assets Control (OFAC) designated Banco de Desarrollo Economico y Social de Venezuela, or BANDES, pursuant to E.O. 13850, as amended, for operating in the financial sector of the Venezuelan economy, as well as four additional financial institutions that BANDES owns or controls.

“The willingness of Maduro’s inner-circle to exploit Venezuela’s institutions knows no bounds.  Regime insiders have transformed BANDES and its subsidiaries into vehicles to move funds abroad in an attempt to prop up Maduro.  Maduro and his enablers have distorted the original purpose of the bank, which was founded to help the economic and social well-being of the Venezuelan people, as part of a desperate attempt to hold onto power,” said Treasury Secretary Steven T. Mnuchin.  “The regime’s continued use of kidnapping, torture, and murder of Venezuelan citizens will not be tolerated by the U.S. or the international coalition that is united behind President Guaido.  Roberto Marrero and other political prisoners must be released immediately.”

Today’s action designating BANDES and its subsidiaries follows a determination by Secretary of the Treasury, Steven T. Mnuchin, in consultation with Secretary of State Michael Pompeo, that persons operating in Venezuela’s financial sector may be subject to sanctions.

For information about the methods that Venezuelan senior political figures, their associates, and front persons use to move and hide corrupt proceeds, including how they try to exploit the U.S. financial system and real estate market, please refer to Treasury’s Financial Crimes Enforcement Network (FinCEN) advisories FIN-2017-A006, “Advisory on Widespread Public Corruption in Venezuela,” and FIN-2017-A003, “Advisory to Financial Institutions and Real Estate Firms and Professionals.”

As a result of today’s action, all property and interests in property of these entities, and of any entities that are owned, directly or indirectly, 50 percent or more by this entity, that are in the United States or in the possession or control of U.S. persons are blocked and must be reported to OFAC.  OFAC’s regulations generally prohibit all dealings by U.S. persons or within (or transiting) the United States that involve any property or interests in property of blocked or designated persons.

Source: U.S. Dept. of the Treasury

Wake up Right! Subscribe to our Morning Briefing and get the news delivered to your inbox before breakfast!
2019-03-22
+R. Mitchell
Previous: Law Enforcement Detects Vessel with 2,513 pounds of Cocaine in Puerto Rico; Three Aliens Arrested
Next: Treasury Offers Underpayment Penalty Relief to More Taxpayers