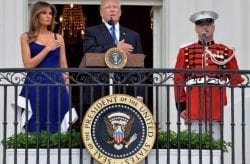 President Donald Trump announced Sunday that he has something special planned for the 4th of July this year, and the public is invited.

“HOLD THE DATE!” Trump posted to Twitter. “We will be having one of the biggest gatherings in the history of Washington, D.C., on July 4th. It will be called “A Salute To America” and will be held at the Lincoln Memorial. Major fireworks display, entertainment and an address by your favorite President, me!”

No other details were revealed, but it sounds like he plans a Make America Great Again-style rally, with fireworks and live music, at the Lincoln Memorial on America’s favorite holiday.

Last year, the president and first lady welcomed military families to a televised 4th of July celebration on the South Lawn of the White House. 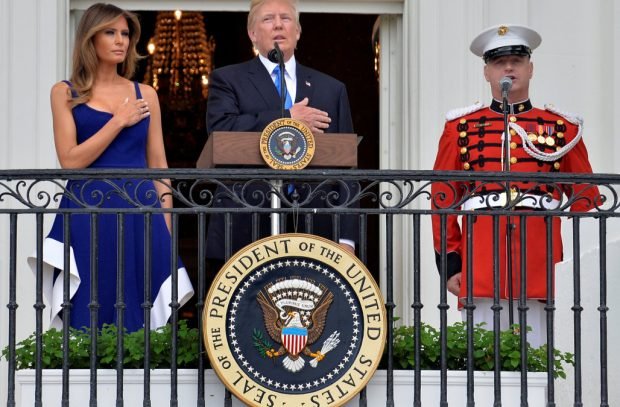 This year, they’re apparently inviting everyone.

Fireworks will likely be provided by the National Park Service as they were last year and the live entertainment will be announced later.

Trump earlier indicated that he was thinking about putting on a Fourth of July gathering in Washington, D.C., and that the event could become a tradition.

“It could be a very exciting day,” Trump said during an Oval Office press spray. “It’ll be a, really a gathering, as opposed to a parade I guess you’d have to say. Perhaps at the Lincoln Memorial.”

“But we’re thinking about doing something which would become perhaps, become a tradition, Salute to America, on July 4th or July 4th weekend, somewhere around that area,” he added.

So, if you don’t have any other plans for the 4th, think about heading to D.C. for the largest Independence Day party in the country.

Trump announced his 4th of July plans today, and you’re invited is original content from Conservative Daily News – Where Americans go for news, current events and commentary they can trust – Conservative News Website for U.S. News, Political Cartoons and more.

Venezuelan Security Forces Must Help Get Humanitarian Aid Into Venezuela